Winter In Rhode Island Is Ducky

And kind of Loony, too!

My favorite outdoor winter activity along the south shore of Rhode Island is birding.  Like many others, I thoroughly enjoy watching feeder birds, but what I’m really talking about here is cruising the shoreline and the salty backwaters with binoculars or a spotting scope looking for seasonal ducks.  This is a fun activity, even for total amateurs, and all you need are weather-appropriate clothes, a decent set of binoculars and a field guide to the birds.  What is more, winter offers easy access to waterfront locations along the shoreline, where good viewing can often be found just steps away from a warm car, if not from within the car itself.

This time of year most of our summer birds have exited stage south and are now wintering somewhere between the Carolinas and South America.  But for our winter duck population, this is south.  These are birds that nest in the far northern latitudes, and even into the arctic circle, and are well adapted to life up north.  They tolerate cold very well, but they do require open water; so when the icy winds blow, and the temperature plummets, and the ponds, lakes and streams in their summer range start to freeze, they head south looking for reliably open water and they find it here along the shoreline of South County Rhode Island.

Now many people think of ducks in a kind of generic sense (quack!) and don’t realize that there are many varieties of ducks, or that most of them are really striking when seen through decent optics – at least the males are.  In the duck world, mature males (or drakes) often sport fancy plumage, while the females (hens) and first year birds are much more understated and sometimes even drab.  This is because males need to look dandy to compete for mates, and females need to blend in with the surroundings while sitting atop ground-based nests.

There are all kinds of different ducks, but in a simplified sense there are two basic categories: dabbling ducks and diving ducks.  Dabblers feed by tipping their tail feathers skyward and nibbling submerged aquatic vegetation.  They tend towards being vegetarian and include species such as the Mallard, Black Duck, Wigeons and Teals.  Diving ducks dive from the surface and use wing flaps and webbed feet to propel themselves along underwater and forage for food. They are generally more carnivorous than dabblers and often chase and capture small fish.

The majority of our winter ducks are diving ducks.  Divers can be spotted off shore along our sandy beaches, off of rocky headlands, in the salt ponds and in the breach ways.  Diving ducks will often congregate in large groups known as rafts and will sometimes mix with other species.  The dabblers (aka puddle ducks) are generally found in the backwaters and not on the ocean.  An interesting point of difference between the two is that when they take flight, puddle ducks leap from the water and take off almost vertically, where as divers flap and run along the surface to become airborne.

Ducks aren’t the only water birds that winter over along our shore – Loons, too, are here in abundance.  Most people think of loons as being on lakes in northern New England, the Adirondacks or Canada, and those places are, in fact, part of their nesting range; but when the lakes freeze, Loons, too, need to find open water and they do so along our coast – often in places where they are easily viewed.

So if you are looking for something fun and a little different to do on a winter’s day, pack a pair of binoculars and a bird book and see if you can spot a few of these winter residents.  It’s a great thing to do with a partner and in addition to spotting intriguing wildlife, you are guaranteed to enjoy ease of access to waterfront locations and the magnificent scenery that defines South County Rhode Island.

Please find below a sampling of the winter ducks we regularly see:

The Bufflehead is a compact duck.  The male features striking black and white plumage and his head is graphically bifurcated - black in the front and white in the back.  Hens are dark brown with a white patch on either cheek.  A flock of Buffleheads stays in residence in Weekapaug Harbor for most of the winter and they are often seen from Watch Hill lighthouse as well.

The Hooded Merganser drake is another really fine looking duck.  His head is black with a large white patch on the side, and by fanning his crest he can double the size of his head display when he wants to look impressive.  The body is graphic black and white with beautiful chestnut flanks as well.  The female lacks the dramatic flare, but makes up for it with a really great coif.  Look in the salt ponds, Trustom Pond, or in the open water on the left as you drive into Weekapaug.

The Red Breasted Merganser is a related species and also a great looking bird.  Note that all Mergansers have a long thin bill that doesn’t look overly duck like.  You can often spot these guys in the breachways and just off shore on ocean waters.

Surf Scoter & Black Scoter are usually seen offshore in largish groups.  With the unaided eye they just look black, but through binoculars or a scope they have very colorful bills.  In this image Black Scoters are in the background with the solid orange bills, two Surf Scoter drakes are in the mid-range with a hen between them, and the birds in the foreground are male and female Eiders.  Weekapaug Point and Watch Hill light are good places to look for Scoters, or maybe off the tip of Charlestown breachway.

Eider Ducks are large and are often seen just off shore or around the breachways.  Weekapaug overlook is a good spot, any of the breachways hold promise and Rose Nulman Park is also a convenient place to look.

The Mallard is our most widely recognized duck and if it weren’t so common I think it would be more highly regarded.  Viewing a Mallard drake through good glass reveals a profoundly beautiful bird.  American Black Ducks are related to Mallards and sometimes the two will interbreed.  The marsh along the eastern end of Atlantic Ave. is good place to look for Black Ducks.

Grebes are not ducks, but they mix in with and act like diving ducks and Loons.  Grebes are small birds, with a short body and roundish head, and they are usually very busy diving for food.  Down they go, only to pop to the surface a few moments later like a cork.

Loons are larger than ducks and pretty easy to spot.  During mating season they have spectacular plumage, but over the winter their vivid black and white markings fade to gray and white.  Still cool birds, but they won’t look their best again until April or May.  The easiest place to see loons is in any of the breachways, with Quonochontaug probably being the easiest. 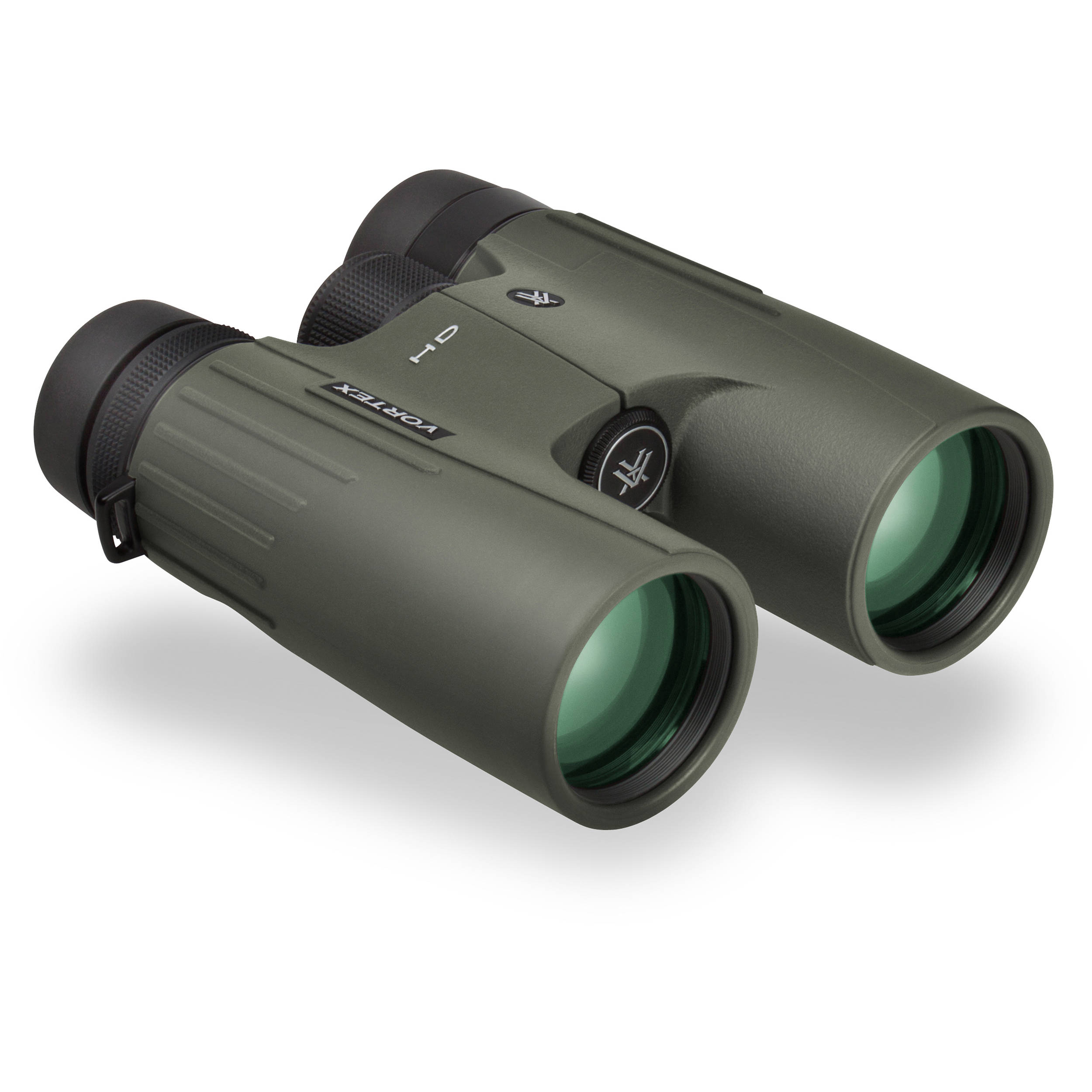 If you want to see detail in these birds, you need a decent set of binoculars. Binoculars are one of those things where you get what you pay for - at least up to a certain point.  Yes you can get $30 binoculars, but with them you get a $30 view; and with birds, there is so much beauty in the fine details that are reveled with better glass.  $80 to $100 will get you a vastly improved image and $150 even better.  After a couple of hundred dollars, incremental money will buy better equipment, but the image quality will increase much more slowly.

Binoculars are rated by magnification and aperture.  A 7x35 unit has 7-times magnification and the large lenses (at the end away from your eyes) are 35mm across.  Magnification enlarges the image and makes it appear closer, while larger apertures gather and focus more light into your eyes.  There are many considerations around technical specs, and they can get confusing, so here are my simple recommendations.

A good set of binoculars will be a great investment and they can be used for all kinds of activities, including: birding, stargazing, watching sporting events and just checking out interesting things across a landscape.

The Audubon website has a good article that helps in choosing binoculars.

Post by Mark Bullinger with a special thanks to Brooks Mathewson for most of the photos.  Please visit his site for more great bird images.  https://www.facebook.com/BrooksMathewsonPhotography/

Mark Bullinger has been on and around the waters of South County Rhode Island all of his life.  He is an enthusiastic fisherman, birder and general nature buff.  Capt. Mark, as he is often called, has led over two-thousand guided outings in southern Rhode Island via motorboats, kayaks, vans and on foot.  Mark was the Executive Director of Salt Ponds Coalition for five years and has been the resident naturalist at the Weekapaug Inn since 2012.